← Closer You Are, the Shyer You Get
Societal Norms Clashes with Culture →

Weird title eh, how the hell can someone get “surprize acupuncture”? Well, it’s probably a lot less exciting than it’s made out to be, but let me explain. I won’t even comment much about Friday since it was lazy as shit other than cleaning out my car and mowing the lawn. I’ll admit, I’ve been gaming a lot lately… more than I should, particularly to dull my senses of missing bebe. I won’t lie either, I do it because it reduces the amount of time and energy I have to mull over her. I miss her so much my heart wrenches, not that she would know the difference though. Either way, gaming helps days fly by where I can’t even decipher between Monday or Sunday… trying to survive these next few months. I want to hold her so tightly right now. 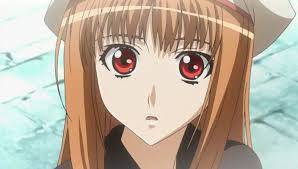 SURPRIZE! Get ready to be poked again.

On Saturday, I went out to see the TCM doctor as usual. As I was getting on the elevator, a pretty girl got aboard with me. We didn’t glance much and particularly with me, I don’t like or think it’s appropriate to stare down women, so I kept my eyes to myself. As we got off, looks like both of us were headed to the same place. Part way as I was fiddling with my phone, we began to talk. She was very open and after a few greetings, I inquired whether she came here often and how long. What happened next was shocking.

It turns out she’s been attending this place for 2 years now and does so weekly. I never ask what people come for, after all, some people may have private matters and health issues they do not want to share. I’m intrigued so I mention whether or not she feels acupuncture really helps with her issues, whatever they may be. Then the first thing she says is, “Oh, I find it’s very effective! I wanted to quit for a while and found out that I immediately went back to having period cramps and heavy flow every month…” and I just had no response for her. Here is this woman who has no idea who I am and openly sharing her menstrual issues with me. I didn’t feel offended in any way (obviously, lol) – but I was very surprized at how open some girls can be. This is of course a conversation about a very natural, anatomical process – but yet, periods are definitely a very intimate and private thing that most do not share openly, let alone some random stranger.

On to the “surprize acupuncture” part… I was expecting to TCM doctor to take my pulse and then mix some herbal medicine and off we went. As she was taking my pulse, she asked me to stick out my tongue, where it exposed that my body was in a very “hot and humid” state or 濕熱  (TCM terminology). She highly recommended me to do acupuncture this time, since for the past 3 weeks my body has been ok and she said I didn’t need it – but this week, I need to deal with my body trying to get rid of the toxins in the body that built up and can’t be released naturally. I was hesitant because it costs quite a bit of money each time and I have to endure pain – however, she also mentioned my body has much improved and it should no longer hurt. It’s hard to believe it since 3 weeks ago I did it and it was still not a good feeling. I accepted her offer since I do want to do what is good for my health. As I lied there awaiting the pain, I could feel the very familiar needle insertion in all the points… however, lo and behold, all except for one of the needles actually hurt this time. In fact, it felt almost awkwardly comfortable. As she explained, my health and blood-flow has improved and with fewer “blockages” – I actually will not experience pain like I once did. It felt so relaxing and liberating that I almost fell asleep as the electric zaps took place.

My friends and I hung around Scarborough for a bit and then headed back into Mississauga to catch a late lunch. We went to a restaurant that bebe and I had a fantastic date at before… it felt so nostalgic and I felt so nice being there as if bebe was sitting across from me again. I sighed a long sigh, yet, I could feel so warm and my mind went into a state of bliss. As painstaking and hurt that sometimes being with bebe makes me feel, I get to experience these lapses of beautiful happiness she brings me. It was a wonderful meal as usual and I also went to my friend’s place to help her fix her computer as it was having some weird problems.

I had a steak/fries lunch - although it definitely didn't look as nice as this!

Today was my friend’s birthday, so I had to go out to Mississauga again for her party at lunch. I didn’t get much computer time today and that’s why anyone waiting for a reply here or by email hasn’t received anything 😦 I got home late in the evening and gamed again to paralyze myself from spending too much time missing bebe. It’s almost as if I’m wasting my life away and while I’m immersed in the game I think not of her (oh who am I kidding? I think about her even when I’m playing the game), once I rest, my mind begins to dream of us together.

When I was in the car, my mom happened to talk to me about one of my ex’s L. It is weird because out of all the girls I know, my mom has a very positive image of her. They’ve never met or anything, but my mom, or rather, even my dad when he was alive, have a very fond reputation of her. I suppose my parents have heard me talk about her in the past to know, has seen her picture and also knows she’s very special to me. For those who follow my blog, it takes a very very special circumstance to get me into Toronto downtown and my parents know that if I go, it’s for someone I hold dearly. I only go there for L and for bebe, so ya, they obviously know my actions show that L’s a great girl. My mom of course pesters me if I ever “had feelings for her” and “want to date her” but I really don’t want to have to tell the history between her and I – so complex and long, haha. Speaking of Toronto, I found out my cousin in BC will be attending a wedding here, so hopefully I’ll get to spend a bit of time with him when he comes next June!

Coming up soon is Thanksgiving weekend already… hopefully be able to get my cousin to visit me and have some friends over for a gathering. Also, we’re trying to pre-gather for my mom’s birthday since a few of them will be leaving on a vacation which they won’t be back to catch her actual day to celebrate. I already booked tickets for a show at the Niagara Falls, Fallsview Theatre to go with my mom on her birthday, so it’ll be a nice way to spend Halloween (since her birthday’s that day) night since I don’t go “trick or treating” anymore. I can’t wait until I can go TT again… guess I have to wait until bebe and I take our kids out to do it 😆

Why would I post this picture? 'cuz it's supposed to be for ZzZz'ing which I want to do now, lol.

I’m not even looking forward to work in the morning. I have so many projects and so many things to handle I don’t even know if the 7 working hours are really enough to accomplish all that I have on my plate. I know it’s probably just because I’m still in lazy-mode from the summer of not doing much. I suppose I need to wash the outside of my car soon because autumn season has caused birds to crap on my car non-stop or something. I also don’t have anything in particular planned this week or for the weekend, which doesn’t give me much to look forward to… although I think because I stay up so late gaming now that I’m starting to not sleep enough. I better watch that, so rather than talk about it, it’s 12:38AM and I should get some shut-eye instead!

Probably not a good idea for you to know anything about me....
View all posts by Prexus Swyftwynd »

← Closer You Are, the Shyer You Get
Societal Norms Clashes with Culture →